Taylor Swift teases songs about heartbreak on next album

Taylor Swift teases songs about heartbreak on next album 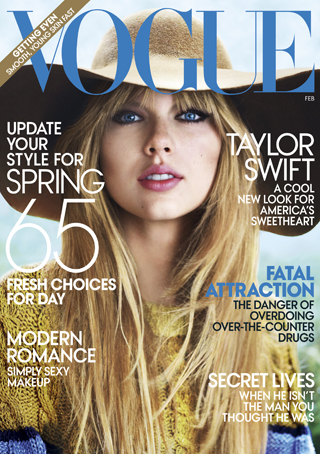 Taylor Swift graces the cover of Vogue’s February issue and tells the magazine her next album will be about an “absolute crash-and-burn heartbreak’’ she experienced. The 22-year-old singer doesn’t name names, but she did date Gyllenhaal for a few months in 2010, and he broke up with her.

Swift says it helps her to “feel better’’ and gain “clarity’’ by writing songs about her relationships.

She also says she now has a list of “red flags’’ for if a relationship won’t work: If a guy falls in love with her based on her Wikipedia page, is threatened that she needs security, puts her down or is obsessed with privacy, they’re not for her. The February issue of Vogue magazine goes on sale Jan. 24. AP