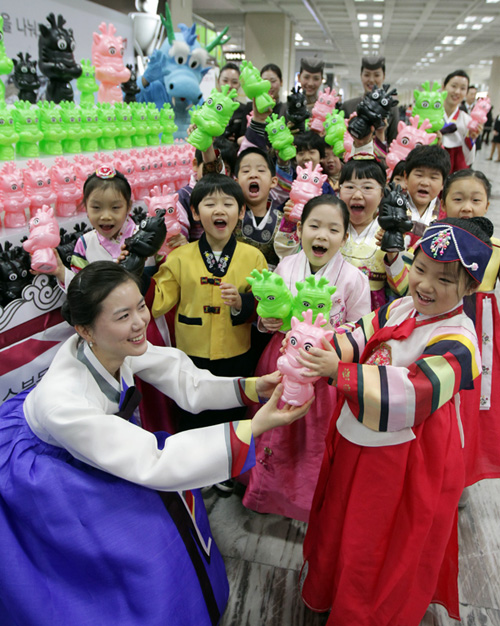 Asiana Airlines, Korea’s second biggest carrier, presents dragon-shaped piggy banks to passengers traveling through Gimpo International Airport in Gyeonggi, yesterday. Asiana is celebrating its 24th anniversary this year and giving away gifts during the Lunar New Year holidays, which usher in the Year of the Dragon. The year 1988, when the company was founded, was also a Year of the Dragon. Asiana has been offering piggy banks to its customers since 2008. Provided by the company