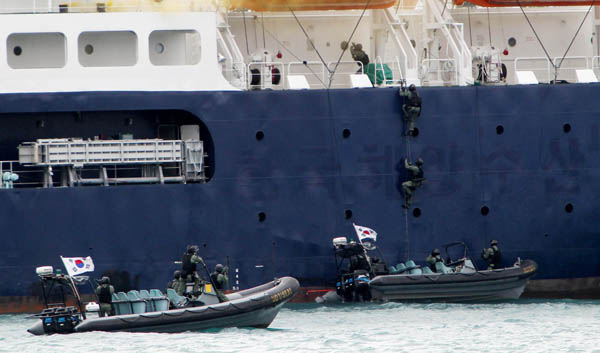 To commemorate the first anniversary of the rescue operation “Daybreak in Gulf of Aden,” the Korean Navy re-enacts the mission yesterday at a naval base in Busan. On Jan. 21, 2011, the Korean Navy’s antipiracy Cheonghae Unit rescued the Samho Jewelry and its 21 sailors from Somali pirates in the Arabian Sea. By Song Bong-geun