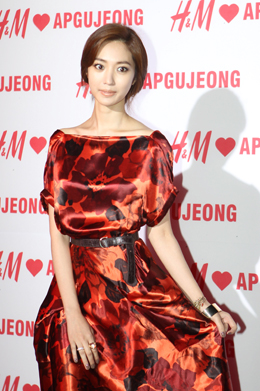 Actress Go Jun-hee’s representatives denied fresh rumors that the actress was dating fellow actor Joo Jin-mo. A local media outlet reported yesterday that the two had been seeing each other for the past five months.

The report also speculated that the couple met in August at a fashion show through mutual friends. The stars’ agencies dismissed the rumor.

“The two actors did meet when they filmed Joo’s music video but that was purely for work. At best you could call them friends, but they are definitely not an item,” a representative from Go’s agency told Ilgan Sports.

The two played the roles of lovers in Joo’s music video to the remake track “Like Rain, Like Music” in September 2011. The original version of the song was sung by the late singer Kim Hyun-sik.