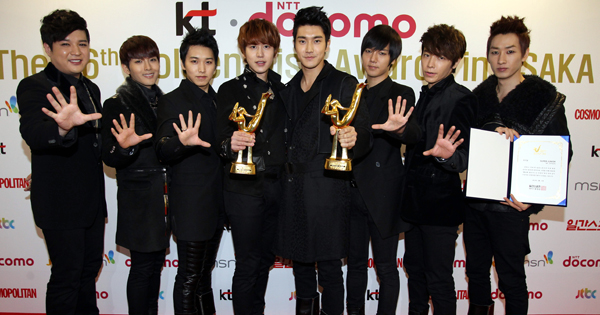 Donghae from Super Junior has been picked as the K-pop star that most netizens would like to go on a date with. The survey titled “Top Seven Most Dateable Stars” was conducted by the Web site of “Showbiz Korea,” an Arirang TV program, throughout the month of December. The results were revealed on Thursday and out of the seven top-rated celebrities, Donghae came in first.

The television network said over 3,278 people participated in the survey and these respondents were from all over the world, including Morocco, Honduras, Guatemala and Mexico, where K-pop isn’t exactly mainstream music.

“Five members of Super Junior made it into the top seven spots, once again proving the boy band’s popularity,” said a representative from Arirang TV.