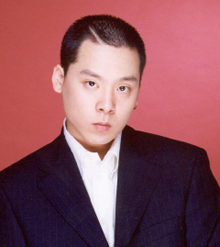 Naul from the group Brown Eyed Soul has been made an offer he can’t refuse - a chance to work with the one and only Stevie Wonder.

“Wonder thought Naul had a unique and attractive voice which led to the world-class star approaching Naul,” a representative from Santa Music said. “This is the first time that Wonder has approached an Asian singer with the proposal of singing one of his songs.”

The 33-year-old K-pop singer sang a cover of “Lately” in 2010, which Wonder was able to hear while touring in Korea.