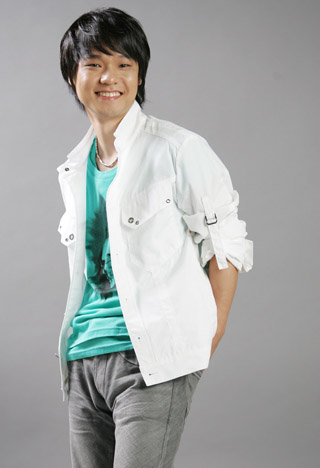 Actor Hong Kyung-in has made it official. He will marry his long-term girlfriend next month in a star-studded bash that will be sure to impress.

In the announcement on a fan Web site, the actor said comedian Park Kyung-lim will be the MC, while singer Kim Jong-kook will also make an appearance. The actor revealed that the wedding will take place on Feb. 12 at Anniversary Chungdam in southern Seoul and that the bride-to-be is an entrepreneur.

He also posted a photo of the wedding invitations, which highlighted the length of his relationship.

“My fiancee and I started a relationship 3,027 days ago, and now we are setting up to become one. I promise to lead a happy life with her filled with laughter, trust and love,” the cards read.

Instead of accepting wedding gifts, the couple will request rice, which will be donated to underprivileged children in Anyang, Gyeonggi.

Hong rose to fame in 1995 with his lead role in the film “A Single Spark” as Jeon Tae-il, a famous protester.