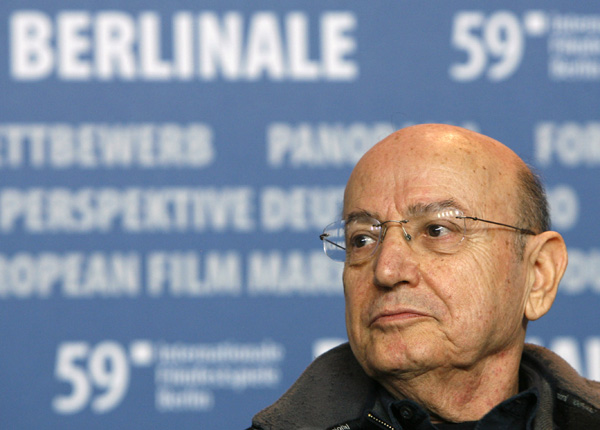 ATHENS - Theo Angelopoulos, an award-winning Greek filmmaker known for his slow and dreamlike style as a director, was killed in a road accident Tuesday while working on his latest movie. He was 76.

Police and hospital officials said Angelopoulos suffered serious head injuries and died at a hospital after being hit by a motorcycle while walking across a road close to a movie set near Athens’ main port of Piraeus.

The driver, also injured and hospitalized, was later identified as an off-duty police officer.

The accident occurred while Angelopoulos was working on his upcoming movie “The Other Sea.’’

Angelopoulos had won numerous awards for his movies, mostly at European film festivals, during a career that spanned more than 40 years.

In 1995, he won the Grand Jury Prize at the Cannes Film Festival for “Ulysses’ Gaze,’’ starring American actor Harvey Keitel. Born in Athens in 1935, Angelopoulos lived through the Nazi occupation of Greece during World War II and the ensuing 1946-49 Greek Civil War - recurring themes in his early films.

He studied law at Athens University, but eventually lost interest and moved to France where he studied film at the Institute of Advanced Cinematographic Studies in Paris.

After returning to Greece, he worked as a film critic for a small, left-wing newspaper and started to make films during the 1967-74 dictatorship.

It was not until 1984 with “Voyage to Kythera’’ that his scripts were written in collaboration with others.

Angelopoulos mostly attracted art-house audiences, using established actors including Marcello Mastroianni and Jeanne Moreau in two of his most widely acclaimed films, “The Bee Keeper’’ and “The Suspended Stride of the Stalk.’’ AP