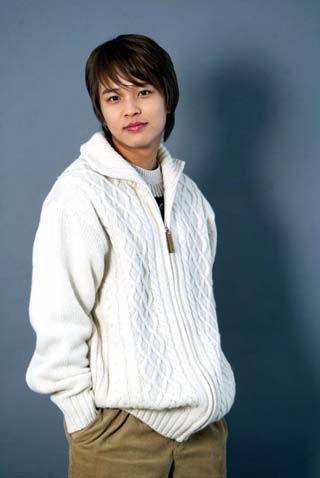 Singer-turned-actor Kim Jeong-hoon will pick up another trade, this time as a director of a 3-D animated film.

The 30-minute short, titled “Harmony of the Wind,” will tell the story of an enraged man who commits himself to avenging his lover’s murder. It will be written by Kim, who will also oversee general production and perform its theme song. Kim was once a member of the boy band UN.

A one-minute teaser of the film and its theme song was presented on Friday during a celebration for Kim’s 32nd birthday. Some 1,000 fans from China, Japan and Southeast Asia attended the event,

“I am a huge fan of animation, so it’s such an honor and privilege to be able to work on this project,” Kim said. “I want to do the best that I can so that I can make a mark on the Korean animation industry and be able to show the world what we are capable of.”

Toonzip, the company behind the TV cartoon “Robot Arpo,” will produce the piece in collaboration with Kim.