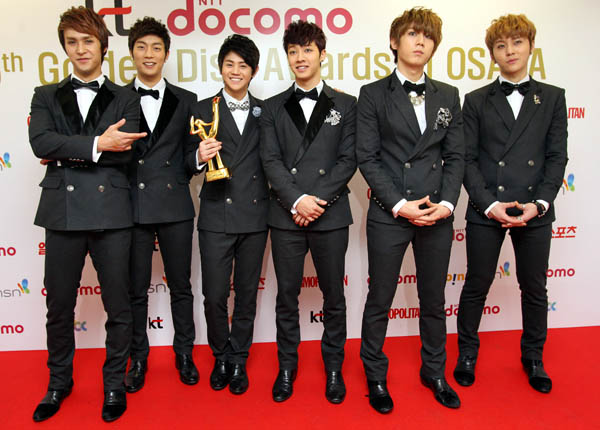 Boy band Beast’s new song “I Knew It” has topped various online music charts. The track released at midnight on Jan. 26 quickly rose to the top of the music charts, usurping the No. 1 spot by 11 a.m. on the same day.

The song is currently No. 1 on Web sites Melon, Mnet, Bugs and Soribada, to name a few.

The newly released track is the first single since the band’s maiden album “Fiction and Fact” hit stores in May 2011. Beast’s first release within the last eight months, the new single is a ballad that is reminiscent of the group’s previous hit song, “On a Rainy Day.”

On Feb. 4 through to 5, the group will kick off its world concert tour “Beautiful Show” in Seoul. The group will then travel to Germany, England, Spain, the United States, Canada, Japan, Taiwan and other Asian countries.

The agency said an estimated 200,000 fans will attend the concerts throughout the world.