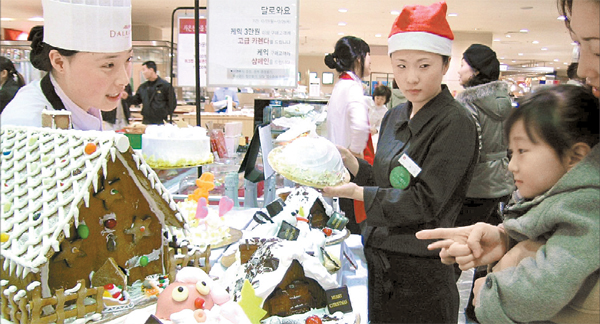 Hotel Shilla announced yesterday it will walk away from its premium bakery and cafe brand Artisee after the government’s steady pressure on big companies to stop muscling in on industries run by mom-and-pop shops.

Shilla’s announcement came a day after President Lee Myung-bak lashed out at third-generation scions of chaebol owners for driving small entrepreneurs out of business. 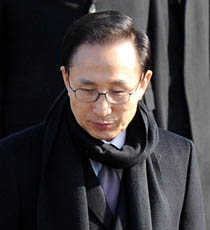 “Hotel Shilla decided to pull out Artisee, which is run by its affiliate Bonavie,” Hotel Shilla said in a statement. “The domestic European life style cafe brand was born in 2004 with a mission to rival foreign coffee houses springing up in the country. [The company] resolutely decided to withdraw the business because the public’s criticism of conglomerates’ expansion into the bakery and eatery business is intense and Artisee was controversial, too.”

According to Hotel Shilla, it currently runs 27 Artisee outlets across the country and pulled in 24.1 billion won ($21.4 million) in sales last year. That accounts for 1.4 percent of Hotel Shilla’s entire sales of 1.7 trillion won

Shilla originally planned to expand its bakery business into overseas markets including China and Hong Kong.

Lee Boo-jin, president of both the Hotel Shilla and Samsung Everland, is the eldest daughter of Samsung Electronics Chairman Lee Kun-hee.

Shilla emphasized that no members of the Samsung family own shares of Artisee. It said Artisee didn’t pose direct threats to mom and pop stores located in neighborhoods because it’s outlets are mainly located in office areas.

The third generation of families behind the chaebol, including Samsung, Shinsegae, Lotte, and Hyundai Motor, have been actively expanding into business sectors traditionally run by mom and pop stores to test their management ability and create new growth engines for the companies founded by their grandfathers.

But President Lee Wednesday made his disapproval plain.

Lee asked his secretariat to conduct a survey on conglomerates shoehorning in on industries traditionally considered mom-and-pop businesses.

The order was made Wednesday during a senior secretariat meeting at the Blue House.

Some conglomerates faced criticism that its third generation was greedy by moving into the mom-and-pop industries, opening large-scale bakeries and cafes and importing goods such as instant noodles and wet tissues.

“Ozen is different from bakery brands owned by other conglomerates because it was opened to benefit our employees,” a Hyundai Motor employee said. “We run two outlets and they serve quality breads for our employees who want light snacks.”

Koo Cha-hak, president of Our Home, a school food service provider, produces sundae, or blood sausage, another Korean favorite. Yesterday afternoon it announced it will pull out the sundae business. Koo is a family member of the LG group.

According to attendees of the Blue House meeting, Lee, a CEO-turned-president, severely criticized the business ethics of the conglomerates.

“The second and third-generation chaebol may be doing it as hobby, but it is a matter of life and death for small bakery owners,” Lee was quoted as saying. “They must not intrude in mom-and-pop businesses. They are earning profits worth trillions of won, and they must refrain from such business practices.”

According to the sources, Lee ordered Senior Presidential Secretary for Economic Affairs Kim Dae-ki to “quietly survey the situation.”

Park Jeong-ha, the presidential spokesman, said Lee had given the example of the rich family of Choi from Gyeongju. The Chois are known as the model of noblesse oblige in Korea. The family have enjoyed riches for 12 generations since the 17th century, but the Chois have earned respect for their generosity.

“Rich farmers often buy land from tenants at times of famine to expand their holdings,” Lee told the aides. “But the Chois earned respect by keeping to their family principle of never buying out tenants in years of bad harvests. Our economy is in a difficult time right now, and it is desirable for the conglomerates to refrain from expanding their businesses into the fields of the mom-and-pop stores.”

A Blue House official said Lee did not single out any particular conglomerate, adding that his message was a warning about the general business practices of the conglomerates.

Lee gave a similar warning to leaders of top companies on Jan. 19.

“Anticorporate sentiment is reaching a new peak around the world due to the widening wealth gap,” said another Blue House official. “If the conglomerates continue to invade mom-and-pop businesses, the public will be destined to hate them. The president was advising the companies to act wisely.”