FT Island and CN Blue to perform together for first time in U.S. concert

FT Island and CN Blue to perform together for first time in U.S. concert 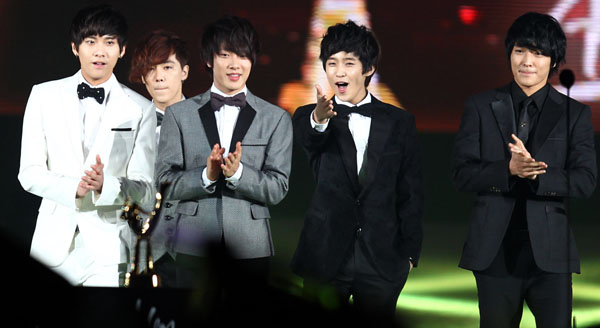 Boy bands FT Island and CN Blue will be in concert together at Los Angeles’ Nokia Theater on March 9.

A representative from the concert production company said yesterday that the concert will be a great push forward for the bands as they look to enter the global music market. It will also be the first time that the two bands will have shared a stage.

“Starting with the U.S. tour, the bands will look towards touring the rest of the world. We want to treat global fans of the groups to a concert by both,” said a representative from FNC Music, the agency behind the two K-pop groups.

FT Island made its debut in 2007 with the album “Cheerful Sensibility” and was dubbed the “mutant newbie” due to the group’s quick domination of the music charts in Korea. The band has also reached the top of the charts in various other Asian countries, too.

CN Blue made its debut in Japan last year with an album release. Within five days of the release, the band had topped charts in several Asian countries.