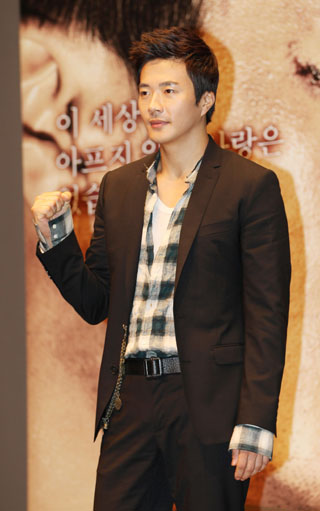 The announcement was made yesterday by the actor’s agency, which also reported that Kwon had returned to Korea just before Lunar New Year. “Currently, Kwon is taking a well-deserved break and is looking over some movie proposals from China, the United States and other countries,” said a representative from the agency.

Kwon jetted all over the world starting in June 2011 to make the Chinese action movie with martial arts superstar Chan, who directs and stars in the movie.

The movie is an action-adventure film based on the adventures of one man (played by Chan) on a treasure hunt to find missing Chinese artifacts that have been scattered around the world. The film is the third installment in the “Armour of God” series, which started in 1987, and cost an estimated 100 billion won ($89,158,347) to produce.

The movie is to open worldwide on Dec. 12.