Another chaebol pulls out from cafe business

Another chaebol pulls out from cafe business 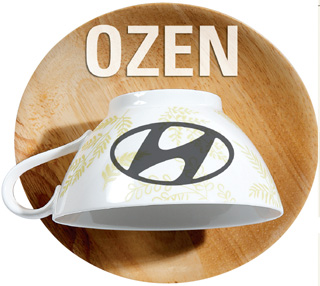 Large conglomerates are yielding to government pressure and are pulling out of cafes, bakeries and other industries after being criticized for their threat to small businesses.

Following the Hotel Shilla and LG Group, Hyundai Motor Group said yesterday that it will also give up operating Ozen, a cafe brand owned by Chung Sung-yi, daughter of the conglomerate’s chairman Chung Mong-koo.

“Haevichi Hotel and Resort, an affiliate of the Hyundai Motor Group that runs Ozen, decided yesterday to withdraw from its cafe business to avoid an unnecessary misapprehension by the public [about the country’s second largest conglomerate],” said an official from Hyundai Motor Group.

There are two Ozen cafes in Korea run by the conglomerate. One is located inside the Hyundai Motor Group headquarters in Yangjae-dong, southern Seoul, and the other is inside the Haevichi Hotel and Resort in Jeju.

“The reason why we ran Ozen in the first place was to offer our employees convenience when buying snacks,” he said, noting that its headquarters are isolated in Yangjae-dong and employees had to travel to buy snacks.

At first, Hyundai Motor had said that Ozen does not bake bread on site but instead buys bread and other snacks like gimbap (rice rolled in dry seaweed), sandwiches and coffee from other food companies.

It said that it shouldn’t be compared to other large bakeries like Artisee, which is run by Shilla Hotel chief executive Lee Boo-jin, who is the daughter of Samsung Group Chairman Lee Kun-hee.

Hyundai’s announcement came one day after Hotel Shilla and LG Group decided to walk away from its large-scale bakery and sundae (Korean blood sausage) businesses, respectively.

Criticisms have been mounting that children of large conglomerate owners are taking away business opportunities and shares of small- and mid-size firms and other ordinary entrepreneurs.

Their decisions were made after President Lee Myung-bak indirectly warned large conglomerates on Wednesday about starting side businesses such as bakeries.

Lee has been emphasizing “shared growth” after complaints that despite robust growth nationally, and good performances by the conglomerates, small enterprises cannot compete with large firms.

For example, local department stores run by conglomerates Shinsegae, Hyundai, and Lotte have lowered the commission fees they charge their vendors, especially small, Korean vendors. They were accused of charging smaller commissions to international brands.