Samsung Electronics, the world’s largest smartphone maker in 2011, was dealt another setback in its legal battle with Apple, its U.S. rival, in Germany this week.

A court in Mannheim, Germany ruled in favor of Apple in an ongoing patent infringement suit concerning smartphones in the country, Samsung confirmed yesterday evening. 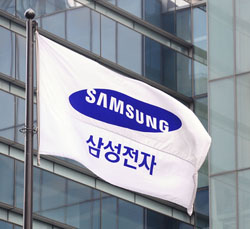 In the suit, Samsung worked to prove that Apple infringed upon three of its mobile technology patents. Yesterday’s ruling considered the one on protecting data loss.

That is now two strikes for Samsung in Germany. On Jan. 20, the same court ruled in favor of Apple on a patent that boosts the efficiency of data transfer. The ruling on the remaining patent ? one that reduces errors in data transfer ? is due on March 2.

A Samsung official said after the ruling, “We find the ruling very regrettable,” adding, “We will prove that Apple has violated our patents in the upcoming ruling.”

The legal wrangling between the tech heavyweights from Korea and the U.S. began last April when Apple brought a case against Samsung to a U.S. court.

Since then, the war between the world’s top two makers of smartphones and tablet PCs has expanded to 30 cases in 10 countries in Asia, Europe and North America.

Samsung asserted recently it will no longer be timid in its fight against Apple, which is also the No. 1 buyer of its components.

“This ruling related to only one of 13 patents that are currently in suits between those parties in Germany, and of dozens of patents on a worldwide basis,” independent patent expert Florian Mueller said after the ruling on a patent on Jan. 20.

“It’s not the first rejection of a complaint involving these two players, and barring a major surprise, it won’t be the last,” he noted.

Samsung overtook Apple as the No.1 smartphone vendor in terms of global sales in the third quarter of last year, but was back to No. 2 in the fourth quarter.