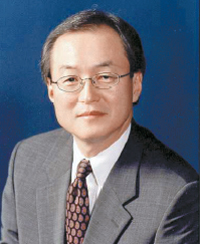 Korea is busy touting the merits of a free trade agreement with China, which the respective governments of the two countries agreed to start negotiating earlier this month.

Korea’s new trade minister Bark Tae-ho stressed the need to sign the FTA with China as it could help Seoul attain its goal of becoming a global free trade hub and lure more foreign investment.

“As Korea has FTA deals with the U.S. and the European Union, it would be the right move to clinch additional FTAs with China and Japan,” Bark said in Davos, Switzerland, on Saturday (local time). Bark is visiting this Swiss resort town to attend a global trade ministers’ meeting held on the sidelines of the World Economic Forum.

“There might be little benefit from a potential FTA with Japan for now, but there is a need to clinch a free trade pact with China, even though it would be a low-level deal,” he said.

Korea is seeking more trade deals to enlarge what it calls its “economic territory.”

China is Korea’s largest trading partner, with bilateral trade between the neighboring countries expected to reach $300 billion by 2015.

Bark said Seoul needs to sign such a deal with China to attract more investment, which would help it develop into an economic hub in Northeast Asia.

He also said that, in deciding how to liberalize the markets for various goods, the two countries may seek three categories based on sensitivity.

As for the trade ministers’ meeting, Bark said there was an agreement made on providing benefits for the world’s least developed countries, reducing requirements for joining the World Trade Organization, and increasing the efficiency of trade procedures.

Bark met with United States Trade Representative Ron Kirk at the forum and expressed concern over Whirlpool’s decision to seek antidumping and countervailing duties on washing machines made in Korea.

Meanwhile, in Seoul, the Ministry of Strategy and Finance released a report yesterday in support of the China FTA, marking the 20th anniversary of relations between Korea and China.

The ministry forecast that the China deal would help increase jobs in the domestic manufacturing sector as Korean manufacturers operating in China would return to the local market when it is clinched.

“There will be no need for Korean firms to build separate production facilities in China, which would help strengthen the local manufacturing infrastructure,” the ministry said in the report.

The report also predicted that the China deal would improve the trade balance in the manufacturing sector as tariffs on Chinese imports stand at 9.7 percent. This compares to 3.5 percent for U.S. imports and 5.6 percent for European goods.