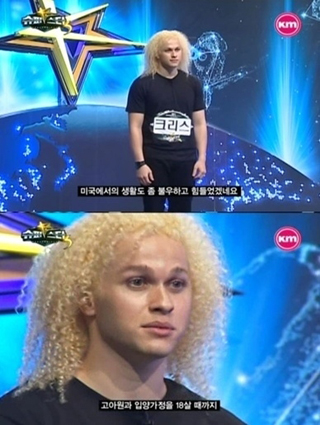 Chris Golightly, the U.S. contestant from the Korean reality show “Superstar K,” has reportedly left the country following allegations that he raped at least 10 women from his fan club.

According to local media outlet Dispatch on Jan. 28, one of the 10 women came forward on Golightly’s fan site to say that he raped her at his house after the two made a date via the site.

“After our first date, he took me to his home and raped me,” the victim said. “I’ve heard that there are other girls who were also attacked.”

Since then, nine more female fans belonging to the star’s online fan club have also come forward to say that they, too, were sexually assaulted by the entertainer on separate occasions. Dispatch also reported that the 10 women are preparing to file lawsuits against him.

The women have all said they were under the impression that they were dating Golightly, as he showed them a great deal of affection and attention before demanding sex from them. One of them also claimed that the she bought him expensive gifts because she thought she was in a relationship with him.

Asia Economy reported Jan. 30 that the entertainer was leaving for the United States based on a status update on his Facebook page posted earlier that day.

“I’m leaving to America today,” he wrote. “Lies really hurt me, and I’m very sad for the people who make up stories. Goodbye, Korea.”

The entertainer’s former manager told Dispatch that the entertainer has always been hostile to managerial control and said that he was “quite unmanageable,” leading to an eventual cancellation of the contract between the two parties. The star is currently without representation.

Dispatch also reported that Golightly has not commented on the allegations and said that his mobile phone is switched off.