Blue House secretary to be queried in bribe case

Blue House secretary to be queried in bribe case 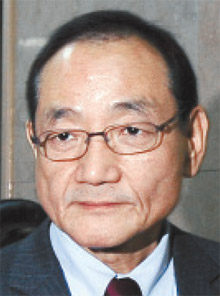 Kim Hyo-jae, senior secretary for political affairs at the Blue House, will soon face questioning from the prosecution over his role in the money-for-vote scandal in the Grand National Party’s 2008 chairmanship election as investigators obtained testimony that could tie him to the envelopes stuffed with cash.

According to prosecution sources, the 60-year-old senior political secretary to President Lee Myung-bak will likely be summoned later this week to face questioning.

The plan to question Kim, who worked as a chief manager of Park’s campaign in the July 2008 GNP chairmanship election, followed the testimony of a local politician.

Kim Jong-seon, a member of the Eunpyeong District Legislative Council, told the prosecution recently about the connection between the presidential aide and the money-for-vote scandal, sources said. The witness reportedly told the prosecutors that envelopes stuffed with money came from the desk of Kim Hyo-jae.

According to Kim Jong-seon, he and four other council members went to Park’s secret campaign office on the fourth floor of the Daeha Building of Yeouido, western Seoul, before the July 2008 GNP chairmanship election.

At the time, Ahn Byeong-yong, the GNP chapter head for Eunpyeong District A, ordered them to distribute money to the party’s 30 chapters in Seoul.

“Ahn, then, told me to come with him, so I accompanied him to Park’s campaign office located on the fourth floor,” he was quoted as saying by the prosecution sources during recent questioning. “Kim Hyo-jae, the campaign’s senior manager, was in the office, and envelopes stuffed with cash were on his desk. After I exchanged a greeting with him at the introduction of Ahn, we picked up the envelopes from the desk and left.”

The testimony is different from the four other witnesses’ statements that they had received the envelopes stuffed with 20 million won ($17,800) from Ahn with a list of the party chapters. The prosecution recently questioned
the four people again and obtained confirmation that they agreed with Kim Jong-seon’s account, sources said. Ahn also told the prosecution that Kim had accompanied him to the fourth-floor office.

Ahn was arrested on Jan. 16 over the scandal after the five local council members said they had received money from him before the election.

Kim Hyo-jae continued to deny the accusation. He told the JoongAng Ilbo that he had never heard of Kim Jong-seon nor met him.

The senior presidential secretary also said it was natural for him to be in the office because he was the senior campaign manager but flatly rejected the allegation that he had provided the money.

“I was not in charge of the campaign funds at the time,” Kim told the JoongAng Ilbo.

A former journalist for the Chosun Ilbo with decades of experience, Kim won a legislative election in April 2008 to begin his first term.

Deeply trusted by President Lee Myung-bak and other key Lee loyalists, Kim oversaw the Park campaign as Park was also a Lee loyalist.

After Park won the chairmanship, Kim served as his chief of staff. He was named a Blue House senior secretary in June of last year.

The prosecutors yesterday summoned Lee Bong-geon, senior political secretary to the National Assembly speaker, about his role in the scandal.

Lee worked in public affairs for Park’s campaign in 2008. A female secretary to Park, who was in charge of the campaign’s accounting, was already questioned last week.

Goh Myeong-jin, a former aide to Park who was accused of having delivered an envelope stuffed with cash to GNP Representative Koh Seung-duk, the whistleblower of the scandal, was summoned again yesterday for the third time.

The prosecutors were scheduled to question him if there were any “higher” officials who had ordered him to deliver the money to the lawmaker.

The prosecution also summoned a businessman on suspicion of providing illegal funds to Park’s campaign.