Forest to be named after rocker Seo Taiji

Forest to be named after rocker Seo Taiji 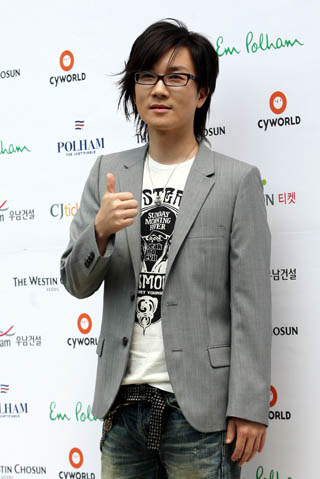 To commemorate twenty years since rocker Seo Taiji’s debut, the singer’s fan club has made a donation in order to stake a claim to a part of the Brazilian rain forest in Seo’s name. Part of the rainforest in the region of Guapi will officially be opened on Mar. 21 as “Seo Taiji Forest.”

The club started thinking about a gift in 2010 and managed to collect more than 38 million ($33,809) for the purchase through fund raisers. British environmental agency World Land Trust has certified the claim of land in exchange for a donation made by the fan club.

Seo made his debut in 1992 as the vocalist for the rock group Seo Taiji and Boys. Last year the entertainer shocked fans when it was revealed that he was secretly married to actress E Jiah for 14 years. Previous to the shock announcement, the rock star had always flatly denied that he was married and joked to his fans that he’s “married to music.” The two filed for divorce in 2009 and E sued Seo in January last year in order to divide up the couple’s property.