Connecting with customers, one follower at a time

Connecting with customers, one follower at a time 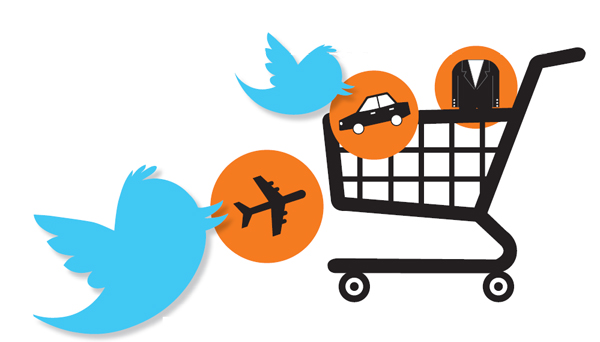 Grill5taco, a popular fusion taco restaurant in the Garosu-gil area in southeastern Seoul, went from a small taco truck mimicking the success of Korean-style taco trucks in Los Angeles to a full-grown restaurant, thanks in large part to the owner’s decision to use Twitter as its main marketing tool.

“My prior business just failed miserably and I had no money and no extra hands to help me,” said Kim Hyun-chul, owner of Grill5taco.

“Promoting my business through SNS [social networking services] was the only possible way I could go about it, in the situation I was in.”

Kim was a club DJ for 12 years before starting an okonomiyaki, or Japanese pancake, business that included 38 okonomiyaki trucks throughout Seoul. After a few missteps and poor decisions, Kim had to close down all 38 trucks within a year after the business took off. 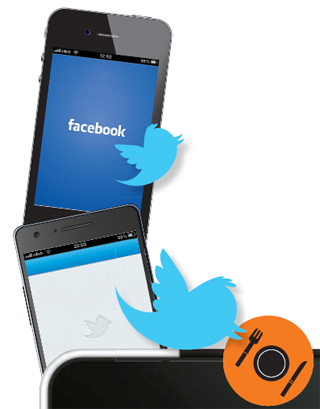 Trying to put the past behind him, Kim started running a taco truck in the summer of 2009 in Garosu-gil and created a Twitter account for the truck. Last fall, he opened the Grill5taco restaurant.

The 37-year-old owner said that his initial goal when using Twitter was to attract followers who fit the taco truck’s hip, trend-setting image.

“I chose to follow around 100 people on Twitter I thought to be trend-setters, including musicians I knew from my DJing days and others from the fashion and entertainment industries,” he said.

“Not all of them followed me back [on Twitter], but some did and it was through their word-of-mouth that I was able to create a specific reputation for the taco truck.”

One month after Kim opened the Twitter account, he had secured around 300 followers. At present, Grill5taco has close to 8,700 followers and a spacious venue in the middle of one of the busiest areas in Seoul.

“It [marketing through Twitter] was the quickest, most direct way for me to interact with my customers, get their feedback and create a brand identity,” Kim said.

SNS cinderella stories like that of Kim’s taco truck make up the latest chapter in the volume of marketing success stories in Korea, as the use of Twitter, Facebook, Tumblr and YouTube to connect and exchange information continues to increase at an astounding rate. Despite the government’s controversial efforts to censor social media networks in Korea, it doesn’t look as though the trend will slow down any time soon.

A report by Burson-Marsteller, an international public relations and communications firm, states that about 80 percent of global top 100 companies are using some sort of social media platform to promote their products and reach their customers or clients as immediately and directly as possible.

The first to jump on the social media bandwagon were large U.S. companies including Dell, Starbucks, Coca-Cola and McDonald’s.

The “My Starbucks Idea” online campaign, which the company initiated through an independent Web site, Twitter and other social networking services, allowed customers to post and comment on all things related to Starbucks.

Dell’s social media marketing efforts including its blog “Direct2Dell” have helped the company adopt a positive, youthful spin on its image.

In Korea, companies including Samsung, Kumho Tires and GM Korea were the first to catch on to the trend.

Park cited Samsung’s announcement of Lee Kun-hee’s return as chairman of Samsung Electronics on its Twitter account as a very strategic move by the company in acknowledging the ever-growing importance of social media.

“To get customer feedback, these large companies had relied on consumer reports and marketing data, which take months of effort and are costly,” Park said. “With social media, they were able to get virtually real-time responses and direct contact for free.”

Kumho Tires, Korea’s second-largest tiremaker, was another SNS pioneer in Korea, launching its official Twitter account, @Dr.Tire, in 2010. Dr.Tire tweets, unlike many other large companies’, do not directly promote Kumho’s tires or special events that the company organizes. Instead, the tweets are casual and approachable, addressing everything from the weather and funny newspaper headlines to restaurant recommendations and other general chitchat topics.

There are no obvious traces of marketing, but through the twitter account customers can ask questions and post complaints, to which the company’s SNS team responds immediately.

Starting with just 42 followers when it opened in October 2010, Dr.Tire now has around 16,700 followers. In 2010, the company was rated No. 1 in the Korea Customer Satisfaction Index.

“We avoided direct marketing and promotions of our products on Dr.Tire because we wanted a more honest way to communicate with our customers,” said Kim Tae-hee, a manager at the company’s communications team.

“We didn’t start with the motive to increase follower numbers or company revenue through Dr.Tire. We just wanted to hear what our customers had to say about our products.”

According to Park of the KICA, the company was able to escape their stiff, old-fashioned image through its Twitter account.

“Consumers have become smarter and direct promotion just won’t do at the stage. Companies like Kumho were able to leverage this new social platform to their advantage and change their image to a more youthful, cooler one,” said Park.

Benefits of marketing via SNS are not limited to large firms

Like Grill5taco, other small- to medium-sized businesses in Korea are making social media work for them. Experts say that in key industries around the world, smaller businesses have more to gain from marketing via SNS than major companies.

“There is more to gain through SNS for these smaller companies because social media is readily accessible, free and simple to use,” said Jace Junghwan Lee, senior consultant at Social Link, which provides social media consulting to companies.

Revenue doubled in less than a year for online meat shopping mall Dotoree Sok Chamnamu in 2010, when the owner, Kim Tae-jin, started a Twitter account. The meat company started taking orders via customer tweets, making it easy for smartphone users to order produce.

As marketing via SNS is still a relatively new phenomenon, there have been a few cautionary tales unfolding in recent years. After Domino’s Pizza Korea launched its Twitter account, it tweeted about a promotional event in which customers were offered discounts on pizza depending on the number of Domino’s Pizza followers on Twitter.

With a flood of tweets by followers and inexperience on Twitter, the pizza chain had to close the event earlier than scheduled and issue an apology, ultimately leaving a negative taste in the mouths of followers.

More recently, the official Twitter account for local coffee chain Tom N Toms had a post that became the target of netizen criticism. Upon the death of North Korean leader Kim Jong-il, the post read “It’s sad to see some people expressing joy while some express fears over a death of a person. Rest in Peace Kim Jong-il.”

The tweet was deleted and the coffee chain posted an apology saying that the tweet was done by an individual employee. Nonetheless, the incident resulted in a decrease in Twitter followers and perhaps coffee sales.

“Social media might seem like a fast and easy marketing tool, but it is a double-edged sword. Because it is so easy to communicate and write something through social media, any little misstep can spread like wildfire,” Lee said.