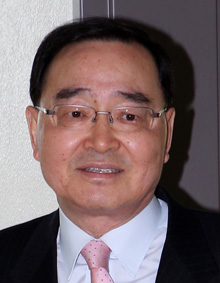 A former senior prosecutor was named head of a committee that will oversee the ruling party’s nomination of candidates for the April general election.

Jung, who served as the head of the Supreme Prosecutors’ Offices in Busan and Gwangju and also as a standing committee member of the National Election Commission, is expected to stress high ethics as one of the most important qualifications for GNP nominees, the party officials say.

The GNP is trying to reform itself and overcome a series of corruption scandals that sullied its image in recent months. 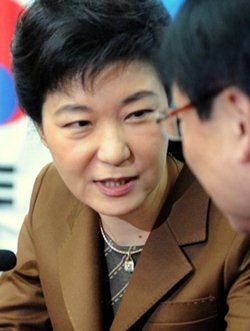 “When he was serving as a prosecutor dealing with major criminal cases, including political corruption, he was well known as a man of integrity, refusing to compromise with injustice,” said Hwang Young-cheul, the party’s spokesman, after a closed-door emergency council meeting in the morning.

“We expect he will play a large role when the nomination committee approves a nomination based on principles and standards,” Hwang said.

Jung told reporters in a press meeting arranged by the party later in the day that he will look for candidates who would put the public interest over their personal successes.

Chong Jong-sup, dean of the School of Law at Seoul National University, was picked as the vice head of the committee. Hwang said Chong will also work for reform in the nomination process of the ruling party.

Other members of the committee include leaders in civic activities, academia or art circles, which party officials said was another manifestation of Park’s unconventional personnel management style. Park made unexpected choices for her emergency council, including 26-year-old businessman Lee Jun-seok.

Han Young-sil, president of Sookmyung Women’s University, made it onto the nomination committee, as did Park Seung-o, a professor of aerospace engineering at the Korea Advanced Institute of Science and Technology. The party hopes to recruit from the science and technology fields.

Hong Sa-jong, former head of the Chungdong Theater and Gyeonggi Arts Center, joined the committee as a recruiter from the cultural sector along with Park Myung-sung, a well-known musical producer.

The other two outside members of the committee are Jin Young-a, head of “Patrol Mom,” an anti-school violence civic group, and Seo Byung-moon, vice head of the Korea Federation of Small and Medium Business.

Three other slots were allotted for party lawmakers, and Park filled them with loyalists Kwon Young-se, secretary general of the party, Hyun Ki-hwan and Lee Ae-joo.

The opposition Democratic United Party is also expected to announce its nomination review committee as early as today. Lee Hack-young, former secretary general of YMCA Korea, who now serves as an executive of the Roh Moo-hyun Foundation, is favored to head it. Other possibilities are Ahn Kyung-hwan, former chairman of the National Human Rights Commission of Korea, and Lim Chae-jung, former National Assembly speaker.