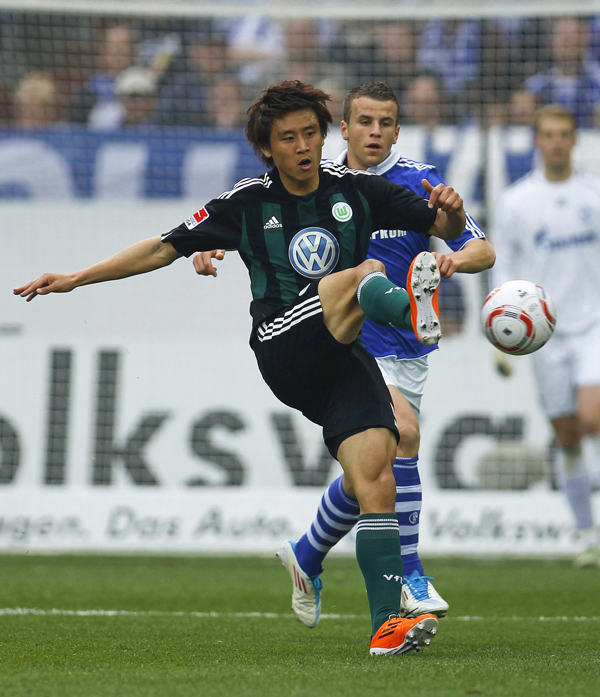 
Korean footballer Koo Ja-cheol has been transferred to the German Bundesliga side FC Augsburg on loan for the remainder of the season while Park Chu-young will stay with Arsenal despite receiving an offer from Fulham FC of the English Premier League.

The decision by VfL Wolfsburg, where Koo has played since last January, came on the final day of the European football season’s winter transfer market,

The 22-year-old landed in Germany after leaving the K-League’s Jeju United. He has played in 22 matches for Wolfsburg, including 12 this season, but is yet to score a goal.

It was reported that Hannover 96 also wanted Koo, but Augsburg won the Korean midfielder in the end. The team currently ranks 17th among 18 Bundesliga clubs with three wins, nine losses and seven draws.

Koo, who will be wear No. 14, said he will help save the team from relegation.

“I’m happy that the transfer to Augsburg went through,” Koo was quoted as saying on Augsburg’s official Web site.

“I’ll give everything to make sure the side stays in the Bundesliga.”

While Koo will enjoy more playing time at his new club, Park Chu-young was unable to find his way out of Arsenal as manger Arsene Wenger rejected Fulham’s loan offer, according to football Web site Goal.com.

Park, 27, has been struggling to get time on the pitch with the Gunners since joining from AS Monaco last summer.

The Korean national team captain has played in only five matches for the north London club, including one league appearance, and has netted just one goal.

The details of Kim’s contract have not been released.