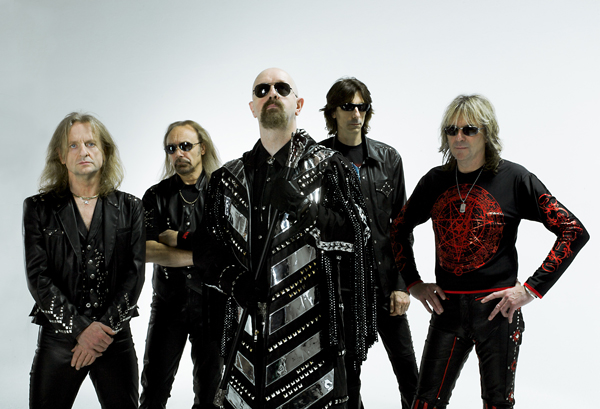 The gods of metal, Judas Priest, brings its pyrotechnics to Korea for what it says will be the last time. The concert is Saturday at Olympic Park in southern Seoul. See MUSIC, left. Provided by 9 Entertainment

Saturday: English Heavy metal band Judas Priest is having its last concert in Seoul - ever. The group was formed in 1970, and this world tour will be the final chance for fans here to see it. But the group says it is not breaking up and plans to keep releasing albums.

At this concert, expect the usual pyrotechnics with plenty of flames, smoke and blinding light.

The band formed in 1970 and visited Korea for the first time in 2008. It won a Grammy for best metal performance for its song “Dissident Aggressor” in 2010.

The set list includes “Painkilller,” “Breaking the Law, and “Before the Dawn.”

Feb. 17: American rock band Evanescence is set to perform in Korea for the first time.

The concert, scheduled for Feb. 17, comes one year after the band, renowned for its female vocalist Amy Lee, ended a five-year hiatus to release its new album “What You Want.”

The five-member group found worldwide fame after the success of its first album “Fallen” in 2003. In the U.S. alone, the group’s debut record sold over eight million copies, and in 2004, the group was awarded Grammy Awards for best rock performance and best newcomer. At the band’s premiere Korean concert, there will also be a special guest performance by the 1990s alternative rock band Bush.

Feb. 21 and 22: The Royal Concertgebouw Orchestra performs under the baton of Maestro Chung Myung-whun. The orchestra, formed in 1888, was given its royal title in 1988 and is often ranked as one of the best orchestras in the world, alongside the Berlin Philharmonic.

Since its formation by television impresario Simon Cowell three years ago, the four-member vocal group has performed throughout the world and sold more than 25 million albums.

McFerrin is known for his unique musical style that features percussive vocalizations and body rhythms. He has performed with cellist Yo-Yo Ma and jazz pianist Chick Corea and conducted orchestras around the world.

The repertoire will mostly come from “VOCAbuLarieS,” his 2010 album that mixes Jazz, African folk, classical music and R&B.

Feb. 9 to May 13: This musical hits Korea for the first time after having been translated into seven languages and presented in 10 countries since its debut in Vienna in 1992.

Performances are at 8 p.m. on Tuesdays to Fridays and at 2 and 7 p.m. on Saturdays and Sundays.

The well-received pieces are hard to obtain performing rights to, making the Universal Ballet’s upcoming show a unique opportunity for audiences to see the Korean company.

Feb. 13: In this performance, young Korean classical musicians will be performing alongside the Seoul Metropolitan Youth Traditional Music Orchestra.

Kim Sung-jin, general director and conductor of the Seoul Metropolitan Youth Traditional Music Orchestra, will be conducting the young musicians and the orchestra throughout the performance.