Jung Il-woo to attend a fan meeting in Japan

Jung Il-woo to attend a fan meeting in Japan 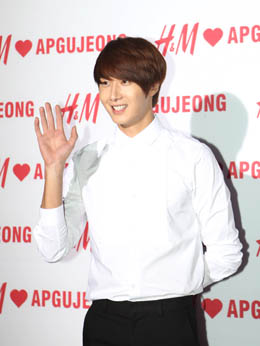 Actor Jung Il-woo will make an appearance at a fan meeting for the drama “49 Days” set to take place on Feb. 3 in Tokyo. Jung starred in the drama last year and will attend the event alongside co-stars from the show Jo Hyun-jae and Nam Gyu-ri.

“Despite the fact that he is busy filming ‘The Moon Embracing the Sun,’ Jung has set time aside in order to take part in the fan meeting. He will return one day after due to his hectic filming schedule,” said a representative from the star’s agency.

At the fan meeting, Jung and his fellow co-stars from the hit SBS drama from last year will sing songs from the soundtrack as well as host quiz and talking segments.

Jung is currently starring in the hit MBC drama “The Moon Embracing the Sun” alongside actors Kim Soo-hyun and Han Ga-in.

The show exceeded 30 percent in viewer ratings on its fifth episode, making it the most watched drama since “Queen Seonduk” in 2009.

Last year, Jung also starred in the drama “Flower Boy Ramen Shop” on tvN and gained popularity for playing the role of a stuck-up yet lovable playboy.