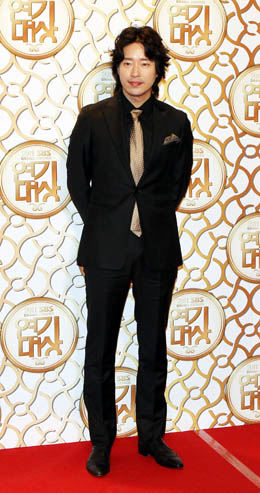 Actors Um Ki-joon, Kim Jeong-hoon and Park Kwang-hyun have all been cast in the musical “Catch Me if You Can.” This is the first time that the musical is being performed in Korea, and the show opens March 28.

In the musical, based on the DreamWorks film from 2002, Um, Kim and Park will alternate in the role of Frank Abagnale, Jr. Kyuhyun from Super Junior and Key from SHINee will also play Frank.

While Um and Kyuhyun have previously appeared in musicals, most recently in “The Three Musketeers” last year, this will be the musical theater debut for Kim, Key and Park. The musical will run from March 28 until June 10 at the Blue Square, Samsung Card Hall, in Hannam-dong, central Seoul.

Um made his debut in 1995 in the musical “King Richard III” and also starred in films and dramas.