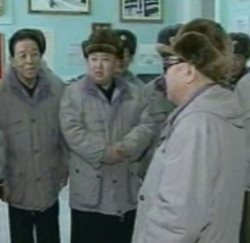 A senior United States intelligence expert said Tuesday that North Korea will remain a proliferation threat by continuing to sell its weapons to other countries.

The U.S. and its allies have long suspected the North of exporting weapons of mass destruction including nuclear weapons and missiles to such countries as Iran, Syria, Myanmar and Pakistan.

Last November, Yonhap News Agency quoted a diplomatic source that said hundreds of North Korean nuclear and missile experts were working in more than 10 locations in Iran including Qom, an Iranian city where Iran is suspected of holding its uranium enrichment program.

The power change in the North from Kim Jong-il to his son Jong-un after the senior Kim’s sudden death on Dec. 17 has further raised uncertainty about the behavior of the North. The North is thought to have an advanced nuclear program.

The North conducted two separate nuclear tests in 2006 and 2009, and is believed by some U.S. experts to be only a few years away from being able to mount nuclear warheads on long-range missiles.

Clapper said that the chances are low that the North would use its nuclear weapons directly against the U.S., saying its nuclear program is more for deterrence purposes. He predicted the new leadership in the North would likely remain stable in the near term and would prevent instability in the regime.

U.S. Assistant State Secretary Kurt Campbell said in Seoul yesterday that the U.S. will keep its door open to talks with the North, but he said any progress in the Washington-Pyongyang talks will be made after it improves relations with the South.

Seoul’s intelligence is looking closely at whether the North would attempt another provocation toward the South after two deadly attacks in 2010. The North has proclaimed this year they will become a “strong and prosperous country.”