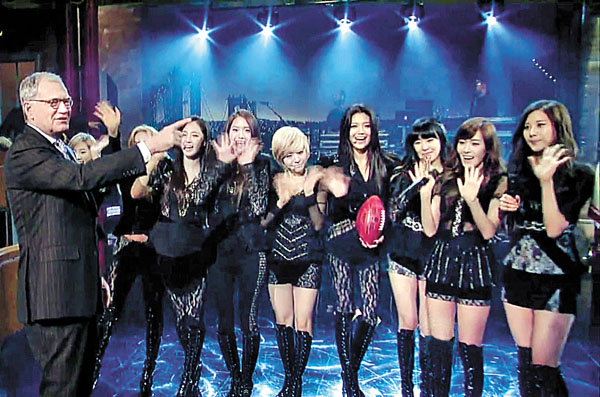 K-pop group Girls’ Generation appears as a musical guest on one of America’s top talk shows, CBS’ “Late Show With David Letterman,” in New York Tuesday, wowing viewers with a performance of its hit song, “The Boys,” the title track of the group’s U.S. album released Jan. 17. Marking the girls’ debut on U.S. television, the K-pop stars were accompanied by the show’s house band and impressed the audience with their choreography. The host finished by saying thank you in Korean. Girls’ Generation will appear on ABC’s “Live! with Kelly” Feb. 1 and NBC’s entertainment news program “Extra.”