Ivy splits from her longtime boyfriend

Ivy splits from her longtime boyfriend 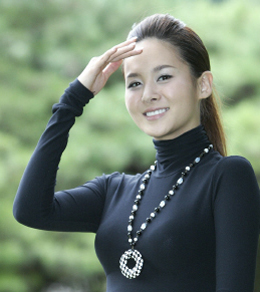 Singer Ivy and her composer boyfriend Kim Tae-sung have called it quits after two years together.

An entertainment insider told Sports Hanguk on Feb. 2 that despite the couple’s amicable relationship and support for one another, they’ve decided to go their separate ways.

When the same newspaper called Kim for verification, the composer didn’t deny the breakup.

The singer and the composer met in 2008 while working on Ivy’s third studio album. The two started dating and when a picture of the two was leaked in 2009, both parties affirmed that they were together.

Since the announcement of the split was made public, the two have gained the public’s support by continuing to show their affection for one another.

Ivy had often posted cutesy messages to Kim on her Web site and the two made many appearances together at concerts.

Ivy hasn’t been active on the music scene since the release of her album “Touch Me” back in 2009, but she did say at fellow singer Kim Yeon-woo’s concert last December that she is planning to release a new album early this year.