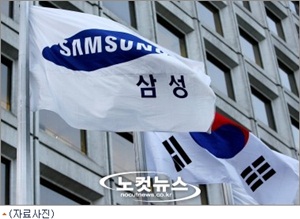 Korean tech giant Samsung Electronics said yesterday that a German court has rejected Apple’s bid to impose a sales ban on its tablet computer and new Nexus smartphone in the European country.

Apple claimed that the Korean tech firm has infringed on its patent rights related to touch screen technology, but the court ruled in favor of Samsung, saying that the technology has been widely used in the mobile market, it added.

In a separate case, a court in Dusseldorf is slated to make a ruling next Thursday to decide whether to approve Apple’s motion to impose a temporary ban on sales of Samsung’s Galaxy Tab 10.1 N.

Samsung and Apple have been involved in heated patent disputes in around 30 cases in 10 countries since April last year, when the U.S. company accused Samsung Electronics of copying its iPhone and iPad. Samsung fought back with a series of countersuits.

Yesterday’s decision may give some relief to Samsung Electronics, which was hit by a series of failures to prove that Apple infringed on its mobile telecommunication technology in Germany.

Adding to the setbacks, European regulators have launched a probe into Samsung Electronics to determine whether it violated antitrust rules in European mobile device markets.

The European Commission has focused its probe on suspicions that Samsung abused its right to the so-called standard essential patents in pushing for lawsuits against its competitors. Yonhap