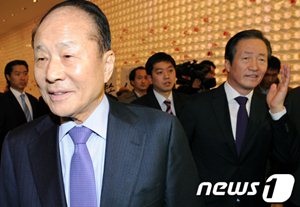 In a move to stop the snowballing suspicion tying him to the massive corruption scandal involving the SLS Group, Representative Lee Sang-deuk of the conservative ruling party has declared that money discovered in his secretary’s bank account belonged to him.

The Seoul Central District Prosecutors Office has been investigating the allegation that SLS Group Chairman Lee Kuk-chul paid bribes to influential politicians and government officials in return for their influence to rescue his debt-ridden company.

The 49-year-old businessman then held a series of press conferences.

He claimed that he had “sponsored” key members of the Lee Myung-bak administration for many years with cash, gift certificates and entertainment. 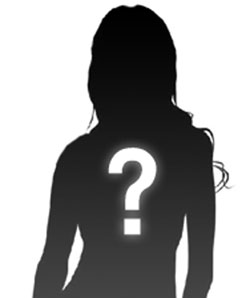 The scandal reached Representative Lee of the ruling Saenuri Party, the new name adopted by the Grand National Party yesterday, who is the elder brother of President Lee.

The news came to him as the lawmaker’s long-time aide was arrested on charges of receiving a large sum of money from the SLS chairman.

Park Bae-su, who worked for Representative Lee for 15 years, was accused of receiving 600 million won ($536,800) to lobby for the businessman.

Prosecutors also found traces of suspicious transactions in a bank account of the lawmaker’s female secretary as well as 700 million won of mysterious deposits.

Suspicions mounted that the bank account of the secretary, who worked for Lee for nearly two decades, was used for money laundering.

Following the discovery, the 77-year-old lawmaker submitted a written statement to clarify the source of the money, the prosecution said Wednesday.

“Lee explained that all of the 700 million won found in the secretary’s account belonged to him,” a prosecution source said.

Using someone else’s bank account to manage money is in violation of the law governing financial activities, but it’s not likely Lee be punished for it.

It still remains to be seen if the prosecution will summon Lee to question him about the money and other accusations involving him and the SLS Group despite the lawmakers’ voluntary statement. The prosecutors said they want to conclude their investigation into the scandal by next week.