Chopper up for auction beside houses

Chopper up for auction beside houses 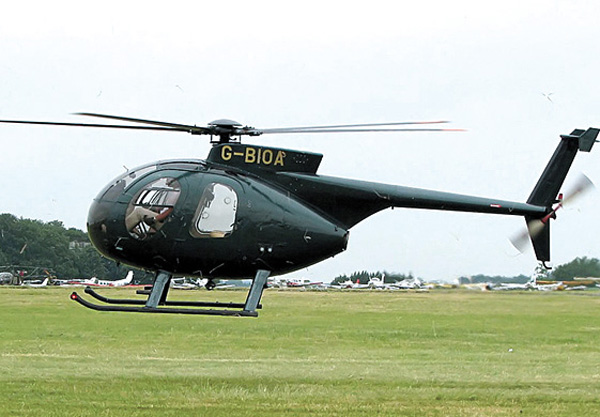 An H-369D helicopter owned by Hana Airlines is now up for sale on Korea’s real estate auction market. Provided by the company


In a seemingly bizarre case, a helicopter has been put up for sale on the domestic real estate auction market.

Due to Korea’s legal classification system, however, aircraft and even ships can be loosely categorized as real estate as their ownership - or changes in ownership - must be officially registered in a similar way to houses, apartments and other buildings.

This is only the second aircraft to appear on the auction market in the last five years in Korea, which has just 552 registered private aircraft.

According to Real Estate Taein, which specializes in providing information about property auctions, the H-369D helicopter owned by Hana Airlines, a private airline, will be put up for auction on Feb. 15 in the southeastern port city of Busan.

Manufactured by Hughes Helicopters, a U.S. manufacturer of military and civil helicopters from the 1950s to the 1980s, the chopper is nine meters (29.5 feet) long, has a maximum speed of 226 kilometers (140 miles) per hour and a flying radius of 402 kilometers (250 miles). It can load freight weighing up to 1 ton, which is why helicopters of this type are often used in Korea for monitoring purposes, aerial photography and putting out forest fires.

The model was put up for auction last April at an appraised value of 400 million won ($350,540), but failed to find a buyer. This time it is inviting bids at a lowered price of 256 million won, down 36 percent from the initial offering.

“Rental prices for helicopters are usually very high, so this would be a good deal for individuals or companies whose businesses involve power line maintenance, scattering agricultural pesticides or aerial photography,” said Lee Jeong-min, a director at Real Estate Taein.

Earlier last month, an MD500 helicopter was auctioned off for 231 million won, about half of its appraised value. The seller also failed to find a buyer in two previous attempts.