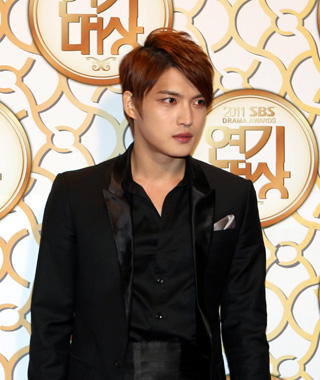 JYJ member Kim Jae-joong will hold a solo fan meeting on Feb. 5 in Turkey.
The boy band member was invited by the Korean Cultural Center in Turkey to meet fans at an event to be held in the main hall at Ankara University.
The Korean Cultural Center said that Kim was invited with the aim of spreading awareness about K-pop and to facilitate cultural exchange between Turkey and Korea.
The center said it was taken by surprise at the number of applicants who registered to receive a ticket.
“The tickets were distributed on a first-come-first-served basis and all 600 tickets were sold out within half an hour,” a representative from the culture center said. “More than 2,000 people registered for tickets, showing again the power of the Korean wave.”
Since Korean dramas began airing in Turkey in 2005 there has been a growing demand for K-pop in the country. There is also a group for fans of Korean entertainment called “Korean Fans,” which boasts some 40,000 members.