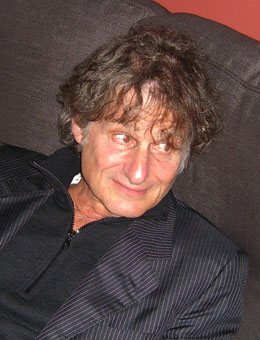 “Zalman was an extraordinary man and artist, more complex and humane than those who knew him only from afar could possibly imagine,” said Allison Burnett, King’s son-in-law.

Actor Charlie Sheen paid tribute to the late director on his Facebook page, saying “the world lost a brilliant and noble soul today.”

King started his career on screen in the 1960s, starring alongside James Caan and Walter Koenig in an episode of “Alfred Hitchcock Presents,” before going on to play an attorney in television drama “The Young Lawyers” in the 1970s.

He transitioned to working behind the cameras in the 1980s, using erotica as a central theme in his films. King wrote and produced “9 1/2 Weeks,” starring Kim Basinger and Mickey Rourke as two lovers embroiled in a sexually charged relationship.

Burnett recalled that director Stanley Kubrick consulted King every night when filming “Eyes Wide Shut” because “he wanted to learn how to shoot eroticism.”

“[Zalman] had a singular vision, a unique vision, and very few filmmakers in the advent of cinema have made a visual statement that undeniably belongs to them, a visual signature,” said Burnett. Reuters