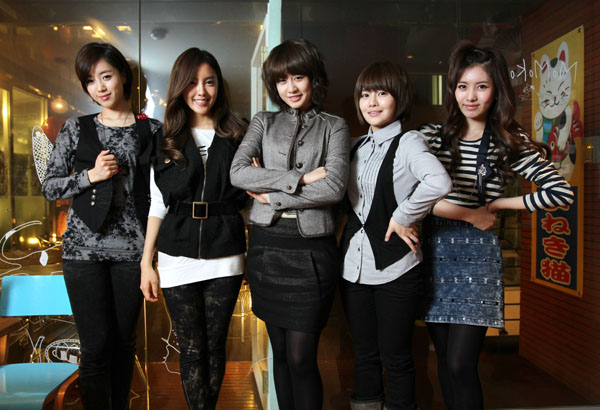 Korean girl group T-ara has recorded a Japanese version of its hit song “Roly-Poly,” set for release on Feb. 29.

According to the band’s agency on Friday, T-ara will finish up with the promotion of its current hit song “Lovey Dovey” in Korea and then fly to Japan on Feb. 16, where the girls will spend a month promoting the Japanese version of its smash hit.

The band topped the Oricon charts with its debut single “Bo Peep” in September of last year, and its second Japanese single, “Ya Ya Ya,” also did very well.

“Roly-Poly,” released in Korea last year, has been extremely successful, and the single is even being made into a musical.

The musical is based on the theme of T-ara’s music video and will feature T-ara’s Jiyeon, Soyeon and Hyomin, as well as Kang Min-kyung from the female duo Davichi. By Carla Sunwoo