SeMA to shift away from ‘blockbuster’ exhibitions

SeMA to shift away from ‘blockbuster’ exhibitions 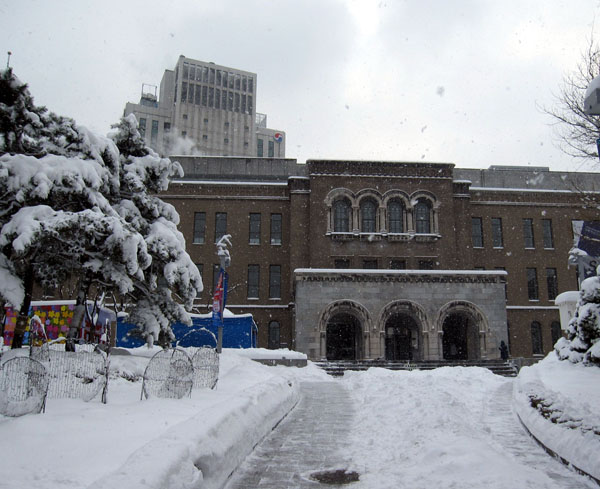 The facade of the Seoul Museum of Art in central Seoul. By Moon So-young

The Seoul Museum of Art (SeMA), one of the Korean public’s most beloved museums, now faces a new challenge to chase two hares - popularity and adventurous spirit.

The new head of the museum, Kim Hong-hee, said that the SeMA would reduce so-called “blockbuster shows,” which feature famous modern Western artists and are arranged by outside companies.

The museum will instead promote its own exhibitions and the Seoul International Media Art Biennale, Kim said during her first press conference on Thursday since taking the position in mid-January.

The SeMA, located on a quaint street near Deoksu Palace in central Seoul, ranked first on a list of the local museums “you want to go to the most” for the fifth straight year in December, according to a survey by the monthly magazine Art Price. 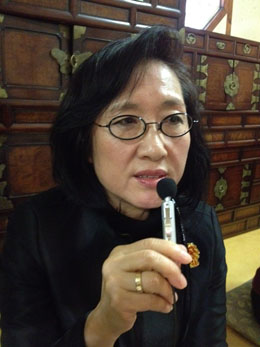 Kim Hong-hee, the new director of the SeMA, speaks during a press conference on Thursday. [JoongAng Ilbo]

Yet the museum has also recently been criticized by many experts because its popularity has stemmed largely from blockbuster shows such as the large-scale Marc Chagall retrospective in the 2010-11 winter season and the Auguste Renoir retrospective in the summer of 2009.

The success of these shows depended on the fame of the artists and the curating companies’ ability to loan popular paintings from foreign museums, while having very little to do with the museum’s ability to plan a creative exhibition, critics said.

“We have seriously taken the criticism into account,” Kim told the reporters. “I don’t mean that the so-called blockbuster shows are bad or that we will quit having such exhibitions. But until now, they have been focused excessively on artists of the late 19th and early 20th centuries and curated by outside companies.”

“We will change this,” she continued. “We could introduce foreign star artists after the mid-20th century, and rather than entrusting other companies with the planning of such shows, we, ourselves, will curate them in cooperation with foreign museums.”

Regarding concerns that such a change might cause a sharp drop in the number of visitors, she said, “I don’t think the public will remain favorable only to the exhibitions of very famous artists.”

Kim said she is considering changing the retrospective of Gustav Klimt already scheduled for late this year into one focused on the meaning of the Vienna Secession movement in which Klimt participated, rather than Klimt’s solo show.

As part of plans to reinforce the museum’s own exhibitions for local artists, Kim said the SeMA will introduce an annual exhibition for local artists in their 40s and 50s who are thought to have received less attention than emerging young artists and established veterans.