The fall and rise of a North Korean everyman

The fall and rise of a North Korean everyman 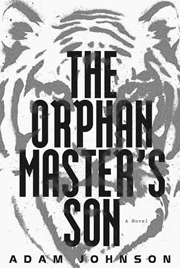 TOKYO - Pak Jun Do is a dutiful North Korean. Raised in an orphanage, he follows orders to become a soldier, a kidnapper of Japanese citizens and an intelligence officer, once submitting to being bitten by a shark to prove his loyalty.

But after Jun Do, hero of the novel “The Orphan Master’s Son,” is sent to a brutal labor camp, he returns to life by impersonating a powerful member of late leader Kim Jong-il’s inner circle, trying to claw out an identity of his own in a world of propaganda where only the state can win - or does it?

To write the book, his first novel, Adam Johnson immersed himself for years in information about the secretive totalitarian state and visited the capital, Pyongyang, fascinated and saddened by North Korea’s brutal absurdities.

Johnson spoke of who gets to write the stories and the indomitable Jun Do, whose name echoes “John Doe” and whose adventures take him both to Texas and meetings with Kim Jong-il.

Q. What got this story going?

A. First I became interested just as a general reader. Once I started reading the testimonials of defectors, I went from being kind of fascinated with the absurdity of Kim Jong-il and the North Korean thought experiments to really feeling profoundly moved and saddened by the fates of all those people. I also tried to find books by North Korean writers, but there was just a complete void there. .?.?. Even the Russians got their novels out of the gulag, but as far as I know, no one has dared to write a literary novel that has made it out of the country without government approval in 60 years. That means it’s a nation without literary art as we would imagine it, to investigate the human tradition. That means no one has read a real book about a real person in North Korea for generations.

A lot of the nonfiction I turned to was about geopolitical things and military things, the human dimension seemed really lacking. I think that’s what literary fiction can do, fill in that emotional, human core that nonfiction can’t get to.

How did you make the leap to the book?

I didn’t know I was writing a book for a long time, until I realized how much time I was investing in research and sketches and voices. I think it’s the most difficult place on earth to be fully human. That’s my job, to make people human.

Before I went to Pyongyang, I researched Koryo Airlines, [said to be] the most dangerous airline in the world. ... They said it wasn’t because of the ageing fleet. It wasn’t because of the bad maintenance. It was that several accidents occurred because the co-pilot didn’t feel able to point out an error that a pilot had made.

Who are you in a land where to reveal your heart is dangerous, makes you vulnerable? Who are you when you are trained not to communicate your own personal thoughts and feelings? How do you risk important things to communicate to your family? Those ideas were central.

How did you come up with Jun Do?

One of the things that fascinated me about North Korea as a writer is the idea that the stories that we tell in the West - and I’ll say America specifically, because I have greater knowledge of that - are stories in which there’s a central character, and he or she is the main character in their own lives and stories.

I think in our Western narratives, people have yearnings and desires, and they’re encouraged to cultivate them and to follow them forward, towards attaining something that will complete them. To do this, people must overcome obstacles and face conflict, they must look inward or into the past to overcome these challenges and move forward to the end, where they’ve probably changed, or grown, or come to some deep understanding.

When I studied North Korea, it was just the opposite. There was one national story, it was written by the Kims, Kim Il Sung and Kim Jong-il, and those two respectively were the central character. There were 23 or 24 million secondary characters.

My character Jun Do starts off as the perfect model citizen. But along the way, he meets Americans in the Sea of Japan and starts to see there’s a different life. Because of his post as a listening operator, he begins to hear narratives from other people in the world and starts to think life could be different.

But it’s not until North Korea proves they don’t care about him, that he’s utterly disposable, that he seeks to rewrite his story. In the second half, he becomes a Western character. I’m biased, I think that’s a better character, because you’re allowed to find your own humanity, form your own identity.

How much of your North Korea is factual?

There’s a ton of fact in it, but the truth of the place is much more elusive. One of the problems was that the true absurdities of North Korea I couldn’t even put in, because it was unbelievable. I had to leave the darkness out of the book. ... I don’t know that I told the truth of the lives of North Koreans, but I think it’s given a lot of people the occasion to reconsider their own realities, their own identities and the unfortunate fates of others who can’t be themselves. Reuters