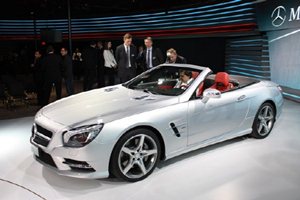 Sales of imported vehicles rose 9 percent last month from a year earlier on the back of steady demand for new models, a trade association said yesterday.

A total of 9,441 cars were sold here in January, compared with 8,659 units sold a year earlier, according to the Korea Automobile Importers & Distributors Association (KAIDA).

The January figure marked a 19.8 percent jump from the previous month, when 7,879 vehicles were sold.

By origin, European vehicles dominated the market with a combined 72.5 percent market share, followed by Japanese manufacturers with 19.2 percent and U.S. automakers with 8.3 percent. Yonhap