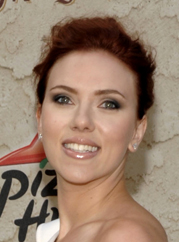 The 27-year-old Johansson said she was grateful that her work was also appreciated abroad as she received the Golden Camera Award late Saturday. Actor Morgan Freeman was awarded a trophy for lifetime achievement, which the 74-year-old called “a great honor.” The 47th ceremony of the Golden Camera Awards was held in German publishing house Axel Springer’s Berlin headquarters. AP