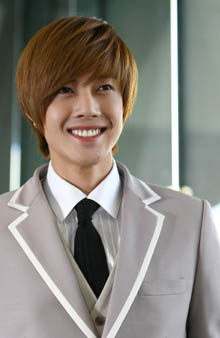 K-pop singer Kim Hyun-joong held his first concert on Feb. 5 to a specially selected audience of 20,000 fans. Kim sang thirteen songs and afterward held a question and answer sessions with the fans. Among the songs was “Lucky Guy,” the singer’s first single which sold more than 100,000 copies in the first week of its release.

“Thank you so much for your support and helping me to achieve such staggering record sales despite the fact that I’m just a newbie,” Kim said to the audience members. “I’m so sad that I couldn’t meet all 60,000 fans who requested tickets for tonight. However I promise to make it a memorable night for all of you who are here tonight.”

Proceeds from the night went towards an orphanage in Fukushima prefecture and Kim urged his fans to help out the children at the center if they could afford to.

The release of Kim’s album on Jan. 25 launched the singer’s career in Japan and broke the record for the most number of albums sold by an overseas artist.