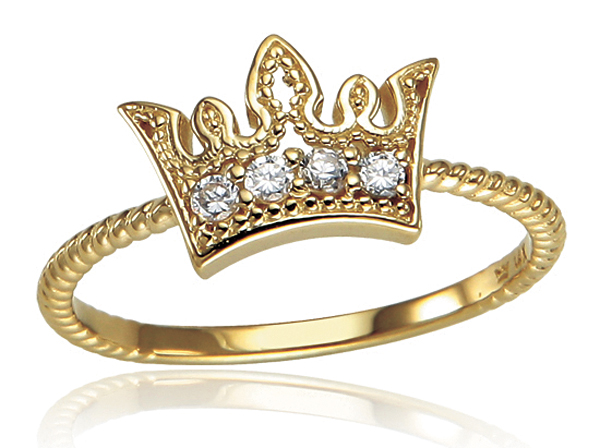 After making a name for itself on the global stage by creating the tiara earrings worn by figure skater Kim Yu-na at the Toronto Winter Olympics in 2010, J. ESTINA, Korea’s top jewelry brand by sales, is throwing down the gauntlet to luxury global brands like Tiffany & Co.

The jeweler, which has limited-edition diamond pieces that sell for over $80,000, launched a store in the Plaza Hotel on New York’s 5th Avenue late last year as part of its bid to go global.

At the launching party on Nov. 30, some 300 attention-grabbing fashionistas in the Big Apple, including Mary Alice Stephenson and Patricia Field - the chief stylist for Sex & the City - were there to celebrate the entrance of the brand into one of the world’s favorite cities.

This is the first time that a Korean jewelry brand has made inroads into the U.S. market.

Since its launch, the New York shop has been doing well, the company said, with New Yorkers praising its “clear” brand concept, tiara symbol, designs and quality.

Having risen as a new rival to Tiffany in the Korean jewelry market, J.ESTINA now aims to become a total jewelry brand in the global market.

“We’ve been consistently trying to open a shop in the Plaza Hotel for the past year,” said CEO Kim Ki-seok. “After New York, we will advance into Asian markets including Singapore, China, Japan and Hong Kong. And taking the New York shop as a stepping stone, J. ESTINA will position itself as a global total fashion brand.”

The company has also reorganized its brand portfolio to better target the U.S. market, introducing collections such as Jovanna in NY, with products priced at around $200, and the more luxurious E. S. donna, which sells pieces up to $30,000.

Under its partnership with the Plaza Hotel, the company also launched Modern Couture Jewelry, with the logo of the hotel engraved on the products. This collection will be its most expensive, with products manufactured based on special orders that retail for up to $85,000.

CEO Kim said he hopes to challenge Tiffany. “Tiffany has been the only total jewelry brand in the U.S. market,” he said. “However, J. ESTINA will compete with it head to head as we have launched a wide range of collections, from medium-priced ones to more luxurious offerings.”

Launched in 2003 by Korean watchmaker Romanson, the company has seen explosive growth in the local market. Its chairman is Kim Ki-mun, the CEO’s brother and also chairman of the Korea Federation of Small and Medium Business (Kbiz).

According to the industry, global market conditions for Korean jewelry brands will improve as the Korean cultural wave enjoys a renaissance, including the current K-pop boom which is spreading beyond the borders of Asia, and the implementation of a free trade agreement with the U.S. that was finally approved late last year.

Seizing the moment, the company is featuring the nine members of Girls’ Generation, arguably the hottest K-pop girl group right now, as its main models.

Romanson has set up a long-term plan to increase sales from its jewelry business to 300 billion won ($267 million) by 2020.

Starting from 1.3 billion won in sales in its first year, J. ESTINA has posted steady growth. Last year was especially lucrative, with sales doubling from around 37 billion won in 2007 to 68 billion won. The brand currently accounts for 36 percent of the domestic jewelry market, competing with foreign rivals like Austria’s Swarovski, the company said.

During this growth period, its sponsorship of Olympic medalist Kim Yu-na played a major role in driving up sales, it said.

According to the company, designing a pair of tiara earrings for Kim in 2007 after hearing that she was wearing crown-shaped ones proved a winning strategy. Her enduring popularity helped the small brand enter the jewelry section of department stores that were formerly dominated by foreign luxury brands.

The long-running watchmaker, set up more than 20 years ago, shifted its focus from watches to jewelry as the watch market contracted in the early 2000s. Ever since, its successful growth has derived from its unique concept and celebrity marketing, according to industry figures.

Before the birth of J. ESTINA, the domestic jewelry market was largely divided into high-priced fine jewelry, usually purchased for wedding gifts, and cheap costume jewelry, which targeted young people. Its arrival led to the coining of a new term, “bridge jewelry,” as it effectively linked the bisected market.

The company said one of the keys to its success is differentiation. Compared to its rivals, it adopted a thematic motif from European royalty, in this case Jovanna Estina, who served as both a Bulgarian queen and an Italian princess.

The brand’s representative tiara emblem perhaps best symbolizes this and appeals to young women’s fantasies about living the role of a young princess.

It also appeals to Korean celebrities with figures such as Kim Yu-na and young gymnast Sohn Yeon-jae proudly sporting its products.