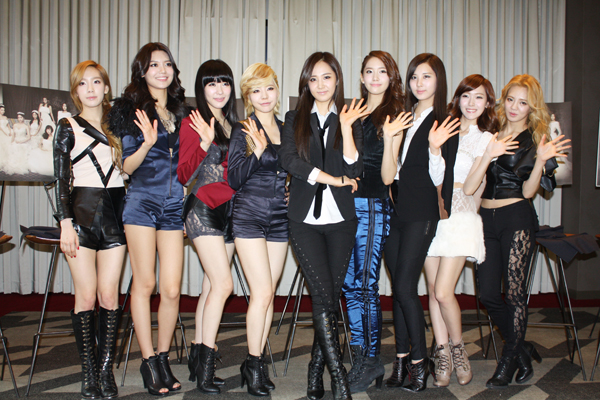 Following its notable TV appearances in the United States, K-pop girl group Girls’ Generation is set to release an album in France. SM Entertainment announced on Feb. 7 that the band will launch their album “The Boys” through French record label Polydor, an affiliate of Universal Music Group. The new album will be a modified from its original version, similar to the one released in the United States in January.

The official launch of the band’s album in France marks the first time that any K-pop group managed by a Korean agency has mass-produced an exclusive album for the European market.

“Last year, through the “SM Town Live in Paris” concert we were able to see just how popular Girls’ Generation was in France. Through the album’s launch in France we hope that the band will become an iconic K-pop band, active in all parts of the world,” said a representative from the band’s agency.

The band was recently in the United States, appearing on three different TV shows to promote the U.S version of “The Boys,” released on Jan. 17. In addition, the nine-member girl band held its first U.S. fan meeting at a Union Square branch of the consumer electronics retailer Best Buy in New York. More than 1,300 fans flocked to the event, bringing store operations to a temporary halt.