So Ji-sub donates old clothes and shoes to charity

So Ji-sub donates old clothes and shoes to charity 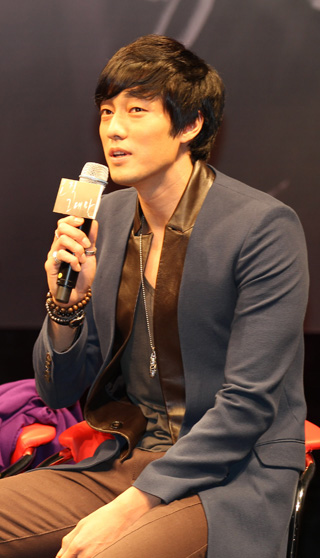 Some 170 personal effects of actor So Ji-sub were sold for charity on Feb. 4 to benefit the Korea Foundation for Persons with Disabilities, the star’s agency announced Feb. 7.

At the charity’s headquarters in Yeouido, western Seoul, more than 100 members of So’s official fan club from Korea and abroad were present to purchase items, most of which were old articles of clothing or shoes, according to the agency.

Young So Sa, as the fan club is known, has been regularly making donations to the organization, and its members took part in volunteer projects.

“We are so glad to have been able to help out those with disabilities alongside So Ji-sub,” the head of the fan club said.

Meanwhile last month, So and Han Hyo-joo, who co-starred in the film “Always,” saw a screening of the movie in Thailand while attending the first annual Hua Hin International Film Festival.

“Always” is a tragic love story about a down-on-his-luck boxer who falls for a woman who is losing her sight yet still sees the joy in life. It opened in Korea last October.