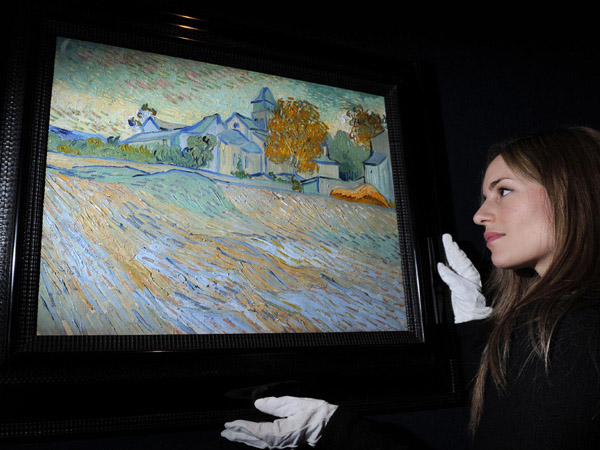 The painting, completed by the Dutch impressionist in the year before his death in 1890 and bought by Elizabeth Taylor’s father in 1963, was one of the actress’ last possessions to be auctioned.

The British-American star had amassed an extraordinary collection of jewelry and couture as well as art during her glamorous life as a screen star and high-maintenance beauty by the time she died in March aged 79.

A week-long auction of her belongings in New York in December drew total sales of $156.8 million.

A work by the Spanish Cubist painter Juan Gris also sold at Christie’s on Tuesday for 10.3 million pounds.

“Le livre” (“The Book”), described by the auction house as “a key transitional work”, had been expected to sell for up to $18 million. AFP