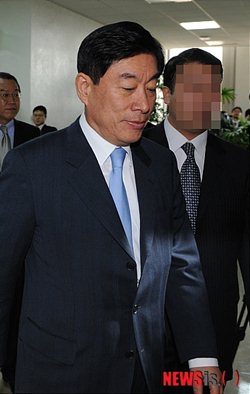 A former intelligence agent dismissed over leaking confidential information on North Korea has filed a lawsuit to challenge the main spy agency’s decision to fire him.

According to the Seoul Administrative Court, the former official of the National Intelligence Service, only identified as Choi, filed a wrongful termination lawsuit against the spy agency, claiming that his actions were nothing more than a routine intelligence activity.

He was dismissed from the service in June last year on charges of having leaked eight security secrets to his contacts in Japan from October 2009 to February 2011. Some of the leaked information eventually ended up in the hands of North Korea’s agents, the intelligence agency said after a probe.

Challenging the decision, Choi argued that his discussion about the information on the North with sources in Japan was a part of ordinary intelligence activity sanctioned by the headquarters. “The information provided was not even secret,” he argued.

According to the National Intelligence Service, Choi was dispatched to the Korean Embassy in Japan in June 2009 on a mission to disrupt the General Association of Korean Residents in Japan, a group considered pro-Pyongyang.

Among the secrets that Choi allegedly leaked included a top North Korean defector’s plan to visit Japan. Hwang Jang-yop, a former secretary of the North’s Workers’ Party and the architect of the reclusive communist country’s juche ideology of self-reliance, defected to the South in 1997.

According to the investigation, Choi told a Japanese official that the highest defector was planning a visit to Japan in December 2009. Hwang visited the United States and Japan in April 2010. In October that year, Hwang was found dead in a safe house in Seoul and the authorities concluded that he had died of natural causes.

The NIS’s probe into Choi later revealed that the information was eventually relayed to an agent of the North’s Reconnaissance General Bureau in Malaysia. Choi was also accused of telling a Japanese reporter that Yaeko Taguchi, a Japanese citizen kidnapped by the North in the late 1970s, was still alive in the North. She was forced to teach Japanese to North Korean spy Kim Hyon-hui, who bombed the Korean Air Flight 858 in 1987. During the 2002 summit of North Korean leader Kim Jong-il and Japanese Prime Minister Junichiro Koizumi, the North admitted to the kidnapping of Taguchi but claimed she had died.

The NIS said it investigated Choi’s activities based on a tip that the journalist, who was a close contact of Choi, was a North Korean agent’s informant. After the probe, Choi was fired and three other NIS officials, including his supervisor, received warnings from the NIS chief.