Park’s progress on display in Australia

Park’s progress on display in Australia 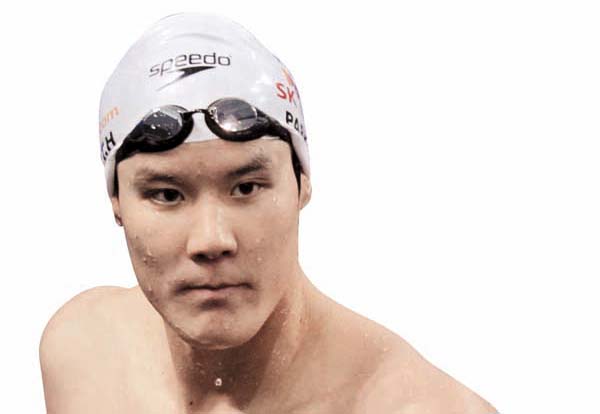 
Korean swimming icon Park Tae-hwan will have his first tune-up event for the 2012 London Olympics when he competes at the New South Wales State Open Championships in Sydney this weekend.

Park, who has been training in Brisbane, Australia, since last month, left for the Sydney Olympic Park Aquatic Center with Aussie coach Michael Bohl yesterday morning.

Park has had success in past NSW State Open Championships. In 2010, he used the tournament as a tune-up event for the 2010 Guangzhou Asian Games and won freestyles in the 100, 200 and 400, while finishing fifth place in the 50.

He went on to repeat the victories at the Asian Games, winning all three events again.

This year, Park is trying to use the tournament as a litmus test prior to the London Olympics in July. The reigning Olympic champion in the men’s 400-meter freestyle is expected to feature in at least four swimming events before the Summer Games kick off.

After taking the gold in the 400-meter freestyle at the 2011 FINA World Championships in Shanghai last July, Park has begun his training for the London Olympics with Bohl. In his first overseas training program in Brisbane last October, Park said he focused on basic training, specifically increasing the flexibility of his pelvis and building up stamina.

Park, who previously said his goal is to set the new world record in the 400-meter freestyle, briefly came back to Korea last December after finishing his first level of training and left for Brisbane again for his second level of training on Jan. 4.

According to SK Telecom Sports, which runs the team that sponsors and supports Park, Bohl has evaluated Park as having boosted his durability and increased his level of performance up to 80 percent, the primary goal of second level training.

At the NSW State Open, Park is expected to face some rising swimmers such as James Magnussen. The 20-year-old Aussie claimed the gold in the 100-meter freestyle at the Worlds last year after clocking in at 47.63 seconds, while Park finished 14th at 48.86.

Magnussen, whose main events are the 50- and 100-meter freestyles, might be a potential competitor in the upcoming Olympics as he previously hinted that he could also compete in the 200-meter freestyle.

Park, who studied physical education at Dankook University, will return to Korea on Monday for his graduation ceremony on Thursday.