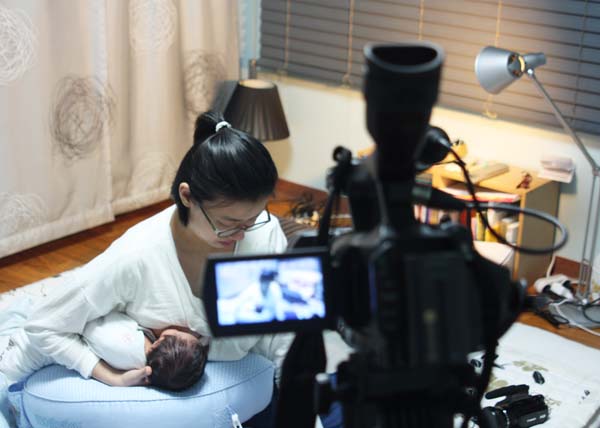 Documentary film “The Two Lines” depicts the struggles of a couple trying to deviate from traditional marriage practices. But the path of Gee Min (left), who also directed the film, and her longtime partner Lee Choul is challenged when a pregnancy test (far right) shows positive. The 81-minute documentary questions the role of marriage in a patriarchal and conservative Korean society. Provided by Cinema Dal

Director Gee Min gets personal in her latest documentary “The Two Lines,” capturing on camera her own struggle to deviate from traditional marriage practices and the challenging journey her partner and she embark on when a pregnancy test shows positive. 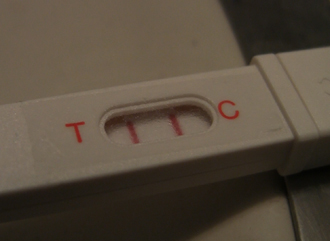 While the autobiographical film focuses on a very specific narrative, it reveals a larger discord in a conservative and patriarchal Korean society in which cohabitation and premarital pregnancy are considered taboo.

Winner of the Ock Rang award at Seoul’s 2010 International Women’s Film Festival, “The Two Lines” questions the role of marriage and reveals the obstacles of those who choose alternative paths.

Gee Min, who hardly ever uses her surname, is against marriage. She deems it an unnecessary social system that encourages patriarchy and results in unwanted responsibilities. The director has been living with her longtime boyfriend, Lee Choul, a part-time lecturer, for two years, and everyone around her says the couple should be getting married. 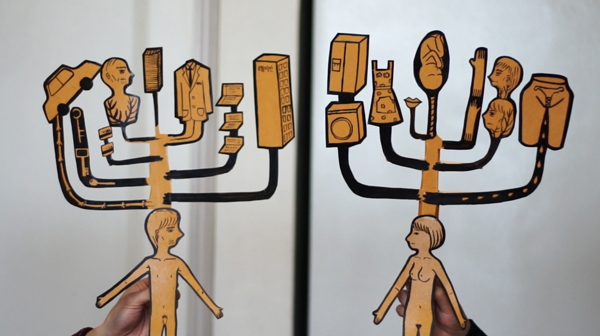 Yet while Gee Min and Lee have been dating for 10 years, they have no plans to officially tie the knot. When Gee Min unexpectedly becomes pregnant, their determination to remain free from an institutionalized relationship is put to the test.

The director chooses to have the baby and avoid marriage, bypassing a showy ceremony and refraining from legal ties to her partner.

Gee Min just wants to live with a man she loves and raise their soon-to-be-born child.

The couple, however, faces a turning point when their child is born with birth defects.

The baby boy undergoes a major surgery to rearrange his intestines and the two realize they can’t apply for government subsidies for the surgeries or medical treatments unless they are registered as a legally married couple.

Gee Min must make a decision: Is she going to remain unmarried or will she put an end to her years of struggle to live her own way?

“My first intention was to capture the diverse stories of people who live outside the norm as unmarried couples, as well as those within the range of ‘ordinary’ as married couples,” the director told media late last month at a prescreening event.

According to the director, what instilled negative perceptions of marriage was the unhappy marriage of Gee Min’s parents, labor activists who were often absent during Gee Min’s childhood.

This led the director to search for the true definition and implications of marriage. That journey brought her down an unexpected path.

“I got to focus more on my personal side as my child was born [with defects]. I think it made my film even more appealing to a broader range of people,” Gee Min said.

The 81-minute documentary is revealing and enjoyable. Feel-good indie scores are placed in the right moments and the story structure, with zany flashback scenes that are made with paper dolls and side interviews, keeps viewers engaged.

“The Two Lines” was released yesterday at select theaters across the nation.