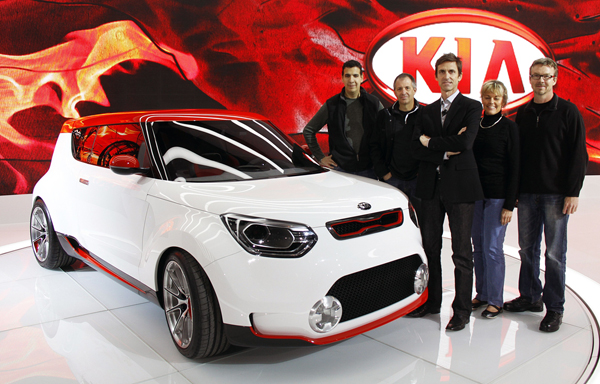 Tom Kearns, middle, chief designer at Kia Motors, and his design team pose next to the Track’ster concept car, which was unveiled at the 2012 Chicago Auto Show yesterday. The car is a sportier version of Kia’s Soul box car and has a 2.0-liter engine that can produce up to 250 horsepower.

Kearns said the team wanted to create a car with a strong image, comparing it to a “bulldog.”

The coupe comes in a bold palette of orange and white and features a six-speed transmission and four-wheel drive. Provided by the company