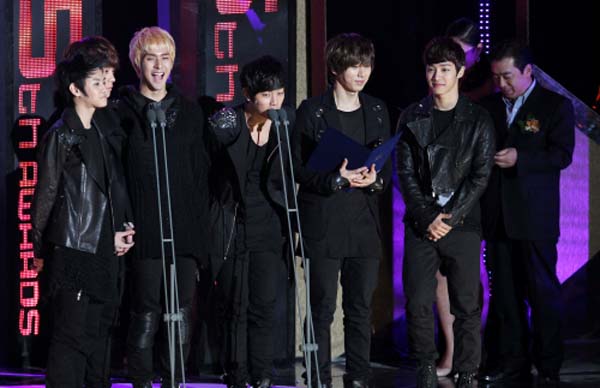 
Beast fans are in for a treat as a 3-D video recording of the band’s concert at Olympic Park in Seoul last year will be screening at cinemas throughout Korea starting Feb. 23. The special feature has been given the title “Beast 2011 Encore Concert 3D (Welcome Back to Beast Airline).”

Cube Entertainment announced on Feb.8 that the recording will contain performances, back-stage scenes and rehearsal moments from the “Beast 2011 Encore Concert,” which took place from Feb. 18 to 19 in 2011 at Olympic Park.

“We are currently coming to agreements with various cinemas at the moment and as soon as the agreements are finalized an official statement will be released on the band’s Web site,” said a representative from Cube Entertainment. No other details about the screenings have been given out.

Meanwhile the band kicked off its world tour on Feb. 4 with some 24,000 fans attending the two-day concert in Seoul. The band will continue on with the second-leg of the “Beautiful Show,” which is to take place in Germany on Feb. 12. The sextet is set to tour 21 cities in 14 countries.