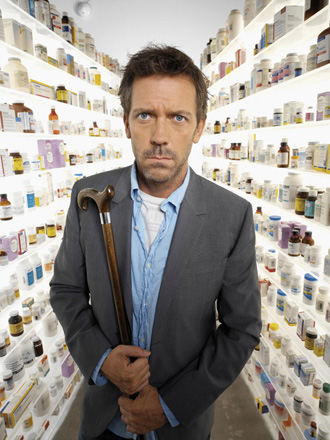 LOS ANGELES - Hospital drama “House” will end in April after eight seasons, producers said on Wednesday, bringing to a close one of the most popular shows on TV.

“House,” starring British actor Hugh Laurie as the cantankerous but brilliant doctor Gregory House, started in 2004 and will have been on air on Fox in the United States for 175 episodes when it comes to an end in April.

“After much deliberation, the producers of ‘House M.D.’ have decided that this season of the show, the 8th, should be the last,” executive producers David Shore, Katie Jacobs and Laurie said in a statement.

They said the decision to end the show was painful but added they “have always imagined House as an enigmatic creature; he should never be the last one to leave the party. How much better to disappear before the music stops, while there is still some promise and mystique in the air.”

“House” was among the 10 top-rated TV shows in the United States from 2005-8 and was seen in some 66 other countries. But U.S. ratings have slipped in the past two years to about half the 20 million viewers who once enjoyed the show.