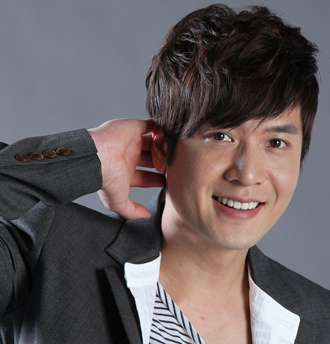 
Actor Jo Hyun-jae treated his Japanese fans to kimchi fried rice at a fan meeting on Feb. 5. in Tokyo. Japanese fans were in for a treat as Jo donned an apron and prepared the dish himself on stage.

As well as showing off his cooking skills, Jo sang three songs for the fans and answered questions.

On Feb. 3, Jo also participated in a meeting with fans of the drama “49 Days,” in which he co-stars. Fellow cast members Jung Il-woo and Nam Gyu-ri also attended the event, which coincident with the airing of the drama’s first episode.

Jo has also been busy launching his own magazine in Japan. The name of the magazine JOVE59 is a combination of the first letter of Jo’s name, the word love, as well as the actor’s birthday, which falls on May 9. The magazine will be published every quarter, and according to the publisher, the actor is the fourth Hallyu star to launch a personal magazine. Previous Korean celebrities to have established their own publications include Song Seung-hun, Gong Yoo and Jang Keun-suk.